Moo-Duck Brewery is a small family owned and operated brewery and pub open since 2014. We handcraft all our beer in small batches on our hand built brewing system. We feature 12 taps of seasonally focused beers with everything from light to dark, malty to hoppy, and session to imperial. All beers are unfiltered.  Moo-Duck got it’s start when Brewer/Owner Mike got a homebrewing kit as a present from his wife, Owner and Food Manager Kristen. Mike was instantly hooked and quickly moved from kits to designing his own recipes. These recipes focused on respecting the traditional brewing styles while also embracing non-traditional brewing ingredients and techniques. Mike fell in love with the creative process of brewing and it’s this love that continues to fuel Moo-Duck beers. One of Mike’s favorite things about homebrewing was sharing his creations with others. This hasn’t changed since Moo-Duck opened, he just has a lot more people to share his beer with!

By now you are probably wondering how we came up with the name Moo-Duck or what a Moo-Duck is. The long version of this story is that it was the name of Mike’s all-star bird watching team (yes there is such a thing) when he worked at the Pocono Environmental Education Center. The team was entering an event called The World Series of Birding and needed a name. An original team member from Russia suggested Moo-Duck. Being a somewhat nonconforming group of people who were into having fun and not taking the World Series as serious as some of the teams, Moo-Duck fit us. So we went with it and ended up placing in the top ten (out of 35 teams). Ever since that first world series, our group of friends have always called each other Moo-Ducks.

We believe in supporting the community that supports our business. In an effort to support our local community we will always offer a charity brew on tap at all times. For every charity brew we sell, fifty cents will be given to the current charitable organization we are working with. If you are part of a group who would like to participate, let us know!

We offer twelve beers on tap at all times. Our year round offerings are the most consistent. The rest of our taps are in constant rotation. The best way to keep up with what is on tap is to follow us on Facebook, Instagram, and Twitter. 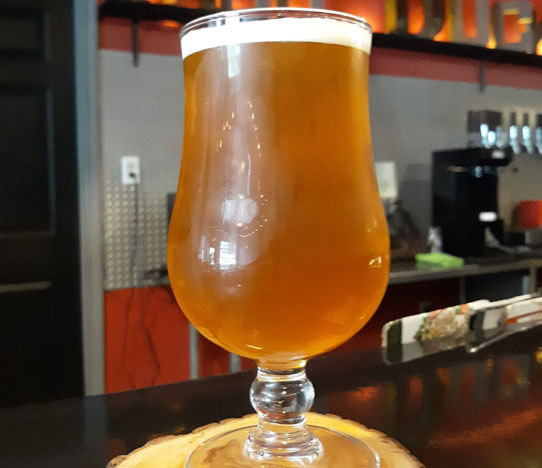